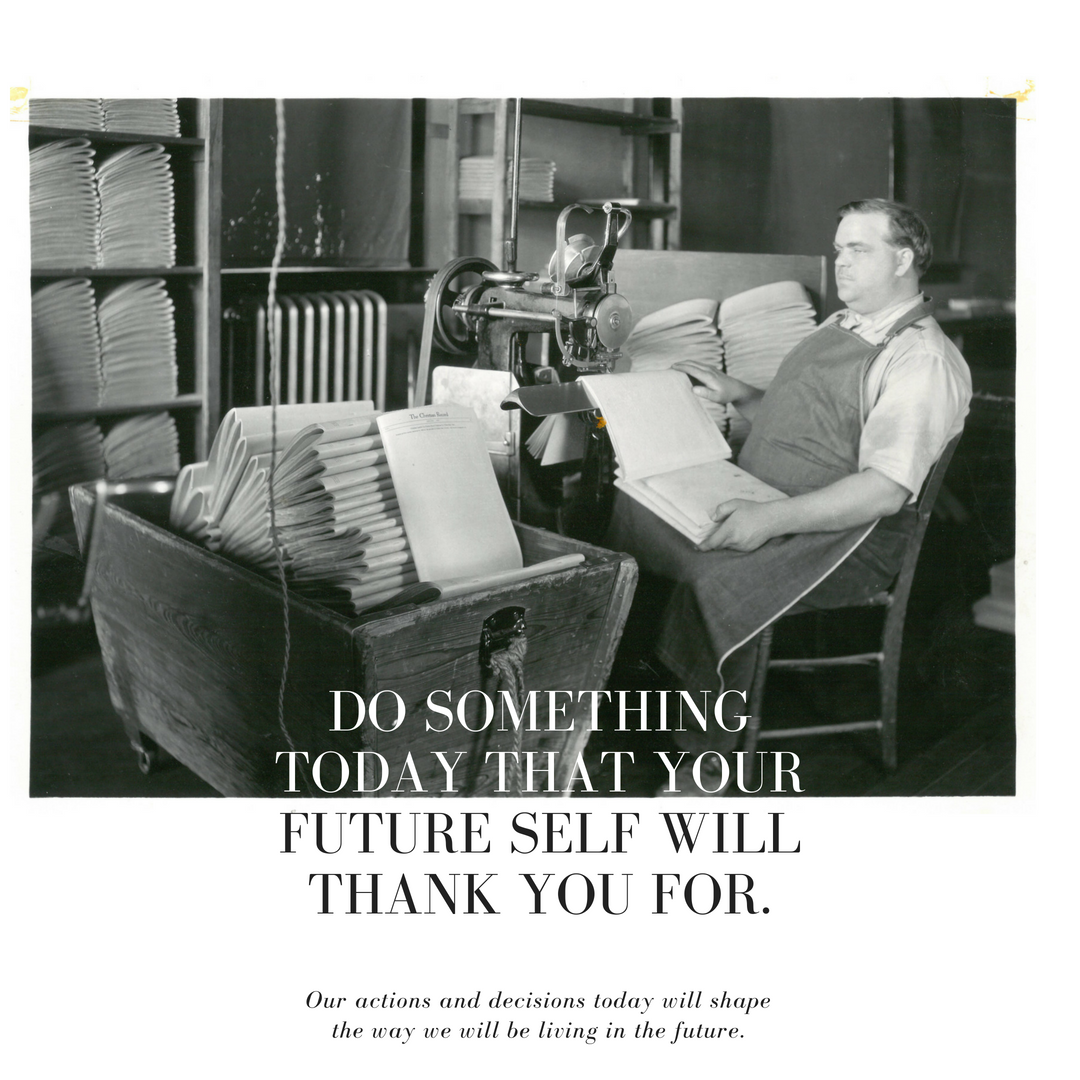 We were cleaning out a closet filled with boxes of pictures and treasured artifacts one day and came across this original picture of Lyle Harris along with a letter in a dusty envelope.

Lyle Harris was a pressman for Christian Record Services for the Blind in the early 1930s. By reading old newsletters and press clippings, we can tell that Lyle was extraordinary, not because he was blind, but because he was said to be able to tell what was wrong with the presses simply by the way they sounded. He could take them apart and put them back together again, faster than anyone else in Lincoln, Nebraska. Unfortunately, he died at a rather young age, possibly the result of a stroke. That is not the end of his story though, it is merely the beginning of how our lives can touch so many people and reach into the future.

Patty Hornback sent us the picture above of Lyle in the Christian Record office, along with a handwritten letter that was tucked inside the dusty envelope we found in that box. The envelope was dated October 24, 2011. Her letter told the story of her mother who as a child of five or seven in the early 1930s loved to spend time in her parents' small restaurant on 48th St., the same block as Christian Record at that time. Lyle would walk by the restaurant every day, stop for a slice of pie, and then continue on toward home for his supper. Billie, Patty's mother, remembered him very well. The photo of Lyle, Patty wrote, was in her great-aunt's belongings. She had been a newspaperwoman for many years in Guide Rock, Nebraska, 136 miles away from Lincoln. Why her great-aunt had the image is a mystery today, perhaps she knew Lyle also!

Fast forward to today, nearly a hundred years ago Lyle helped Christian Record produce one of the only available Christian magazines in Braille. The organization continues to produce the magazine and mails it regularly to nearly 1,300 people.

Lyle's life as a pressman is an inspiration for anyone working to be their best at what they do every day. The lives he touched then, remember him and tell his story yet today. He was an extraordinary man. And, his work continues through the mission of Christian Record. What's your story?

Lyle Harris' story inspired us to look for more stories. This time, we looked for contemporary stories by our members and how Christian Record impacted their lives. We interviewed 10 of our members and then recorded their remarks in our studio. The following 30-second programs are their words as recorded by voice actors.